The authoritarian parenting style is about being strict and stern. It insists on unquestioning obedience, and enforces good behavior through psychological control — threats, shaming, and other punishments. As defined by psychologists, it’s also a style associated with relatively little parental warmth and responsiveness (Baumrind 1991).

That doesn’t bode well for children’s health outcomes, especially in stressful environments. As I note elsewhere, warmth and responsiveness can protect kids from the effects of toxic stress.

It sounds plausible, but of course we need some context. Better-behaved and more successful compared with what? Typically, researchers compare authoritarian parenting with two other styles:

So — with these alternatives in mind — how does authoritarianism measure up?

When kids have really difficult behavior problems, it might seem that the only remedy is severe disciple — to control children through threats, harsh punishments, or shaming. But research suggests these tactics don’t result in long-term behavioral improvements. On the contrary, they seem to make things worse.

For instance, let’s consider what psychologists call “externalizing problems” — disruptive, aggressive, defiant, or anti-social behavior. If authoritarian disciplinary tactics were effective, we would expect them to lead to fewer such behavior problems as children get older.

But that isn’t what we observe when we track children’s development. In a meta-analysis of more than 1400 published studies, Martin Pinquart found that harsh discipline and psychological control were actually the biggest predictors of a child’d behavior worsening over time (Pinquart 2017). Kids subjected to authoritarian tactics at one time point tended to develop more externalizing behavior problems at later time points.

Why? We can’t assume it’s entirely due to authoritarian parenting. Maybe genetic factors are partly to blame. After all, we know that genetic factors can raise a child’s risk of developing certain kinds of behavior problems, and such kids may tend to provoke authoritarian responses from their caregivers. Parents see their children misbehaving, and they struggle to find a solution. They feel stressed and frustrated. They crack down with harsh discipline — threats and punishments — and show less warmth toward their misbehaving children.

For example, in a behavioral genetics study of twins, Rebecca Waller and her colleagues focused on kids with “callous unemotional traits” — traits that like low empathy and poor moral self-regulation (Waller et al 2018).

These traits are linked with serious behavior problems, and Waller’s team confirmed that genes matter. Some kids were at higher genetic risk for developing “callous unemotional traits.” But parenting style also had an effect. When parents showed children lots of warmth and affection, kids were less likely to develop callous unemotional traits. Even kids who were at high genetic risk showed fewer symptoms.

What about the development of social skills? Does authoritarianism help or hurt?

For example, in a study of more than 2500 adults and adolescents living in Spain, folks who identified their parents as authoritarian tended to score lower on empathy (Martinez-Escudero et al 2020).

And in the Netherlands, kids with authoritarian parents were rated as less helpful and less popular by their teachers and classmates. They were also rated as less mature in their reasoning about moral issues (Dekovic and Jannsens 1992; Jannsens and Dekovic 1997). In addition, there is evidence that American teenagers feel lower levels of social acceptance from their peers when they are raised by authoritarian parents (Lamborn et al 1991; Steinberg et al 1992; Steinberg et al 1994).

Is there any connection between authoritarian parenting and bullying?

Yes. Numerous studies — conducted in a variety of cultural settings — suggest that kids are at higher risk for involvement in bullying if their parents use authoritarian tactics or attempt to control them through the use of punitive discipline (Georgiou et al 2013; Luk et al 2016; Krisana et al 2019; Martínez-Ferrer  et al 2019; Zurcher et al 2018; Gómez-Ortiz et al 2016).

Does authoritarianism put kids at greater risk of emotional problems? It might.

Is this simply a case of shared genetics? Maybe authoritarian parents tend to be at higher genetic risk for developing emotional problems, and their kids inherit those same genes. But there’s evidence against this as the primary explanation.

For example, in a behavioral genetics study of Chinese twins, researchers found that kids with authoritarian fathers were more likely to suffer from a psychiatric disorder — even after accounting for the influence of genes (Yin et al 2016). Similarly, a behavioral genetics study conducted in the United States suggests that authoritarian parenting puts kids at higher risk for experiencing major depression during adulthood (Long et al 2015).

And in a meta-analysis of 31 studies on the development of foster children, researchers found that kids were more likely to end up with emotional problems if their foster parents took an authoritarian approach to discipline (Chodura et al 2021).

Some studies of American adolescents have failed to find emotional differences between kids from authoritarian, authoritative, and permissive homes (Lamborn et al 1991; Steinberg et al 2006). And research on adolescents in the Middle East has also failed to find a link between authoritarian care-giving and psychological problems like depression (Dwairy 2004; Dwairy and Menshar 2006).

Why the inconsistencies? I suspect the effects of authoritarianism depend on how harsh, cold, or punitive the parent is. For instance, as I noted in my article about spanking, research suggests that corporal punishment is linked with higher rates of depression and anxiety among children. Maybe some forms of authoritarian parenting are more intense — more negatively impactful — than others.

It also seems likely that culture plays a role. If kids perceive authoritarianism as normal and mainstream, they may be less distressed by it (Dwairy 2004). Consistent with this idea, in societies where it’s normative for parents to exert lots of psychological control, links between parental control and poor emotional outcomes are weaker (Lansford et al 2018).

How do children from authoritarian homes perform academically?

In a fascinating study of kindergartners, Melissa Kamins and Carol Dweck have shown that a common tactic of authoritarian care-giving — shaming a child for poor performance — can make kids perform more poorly on problem-solving tasks (Kamins and Dweck 1999). Moreover, experiments suggest that people learn better from positive feedback than from negative feedback, and this may be especially true for kids (Schmittmann et al 2006; van Duijvenvoorde et al 2008).

There is also evidence that authoritarian parents are less helpful in teaching their children to think critically.

In a recent study of nearly 150 American parents, Candace Mills and colleagues found that parents who endorsed authoritarian values responded differently to a child’s difficult science questions (Mills et al 2022). These parents were less likely to confess their own uncertainty, even though they were more likely to provide answers that were incorrect. They were also less likely to model an approach for coping with uncertainty (like: “Hey, let’s see if we can find the answer online…”).

For instance, several studies conducted in the United States have found that the authoritarian parenting style was linked with lower school grades for all ethnic groups (Dornbusch et al 1987; Steinberg et al 1989; Steinberg et al 1992), though it appears that the effects may be less negative for Hispanic children than for white, non-Hispanic children (Pinkart and Kauser 2018).

Counter evidence: Do children ever benefit from authoritarian parenting?

When researchers have reviewed more than 425 studies conducted worldwide, they found that “authoritarian parenting was associated with at least 1 negative outcome in all regions of the globe” (Pinquart and Kauser 2018). But we should keep in mind: The effects vary in their intensity, and, as noted above, not all research has been negative.

For example, we’ve mentioned cultural settings where authoritarian parenting doesn’t seem to raise a child’s risk for emotional problems. In addition, some studies have failed to demonstrate a negative effect on academic achievement for families of lower economic status (Lamborn et al 1996; Steinberg et al 2009), and, in at least one case, investigators have argued that these kids may actually do better in school when they come from authoritarian homes (Leung et al 1988).

Moreover, there has been some controversy about the effects of authoritarian parenting in traditional Chinese families. On the one hand, authoritarianism has been linked with poorer school performance in Beijing (e.g., Chen et al 1997) and Taiwan (e.g., Pong et al 2010). On the other hand, some studies of Hong Kong Chinese (Leung et al 1998) and of Chinese immigrants to North America (Chao 2001) have linked authoritarian parenting with higher school achievement.

Why the discrepancies? Researchers have suggested several possibilities.

Indeed, there is evidence that schools run along authoritarian principles produce inferior students. In a study comparing American high schools, Lisa Pellerin found that authoritative schools got the best results. Authoritarian schools had the worst rates of dropouts (Pellerin 2004).

How does authoritarian parenting influence the development of a child’s moral sense?

Authoritarian parents might see themselves as champions of morality. But, as noted above, studies suggest that kids with authoritarian parents are actually less advanced when it comes to self-regulation and moral reasoning (Dekovic and Jannsens 1992; Jannsens and Dekovic 1997; Karreman et al 2006; Piotrowski et al 2013).

And in a study of American undergraduates, researchers asked students who they consulted when they had to make moral decisions. Undergraduates with authoritative parents were the most likely to say they would talk with their parents. Students with authoritarian parents — like students from permissive families — were more likely to reference their peers (Bednar et al 2003).

Wondering about how physical punishment affects children? See my articles, “Spanking children: Why does it happen, and what are the effects?” and “Evidence that spanking alters the brain”.

And you might be interested in my article about the need for kids to express their autonomy. It discusses evidence that our kids will tune out — and see us as illegitimate authority figures — if we become overly intrusive or bossy.

Glozah FN. 2014. Exploring the Role of Self-Esteem and Parenting Patterns on Alcohol Use and Abuse Among Adolescents. Health Psychol Res. 2(3):1898.

Pinquart M. 2017. Associations of parenting dimensions and styles with externalizing problems of children and adolescents: An updated meta-analysis. Dev Psychol. 53(5):873-932.

Schmittmann VD, Visser I, and Raijmakers MEJ. 2006. Multiple learning modes in the development of performance on a rule-based category learning task. Neuropsychologia 44:2079–2091.

Image of shadowy confrontation with child by istock / AlexLinch

image of kids in classroom cropped from photo by monkeybusinessimages / shutterstock

Portions of the text derive from earlier versions of this article, written by the same author

When do babies say their first word? 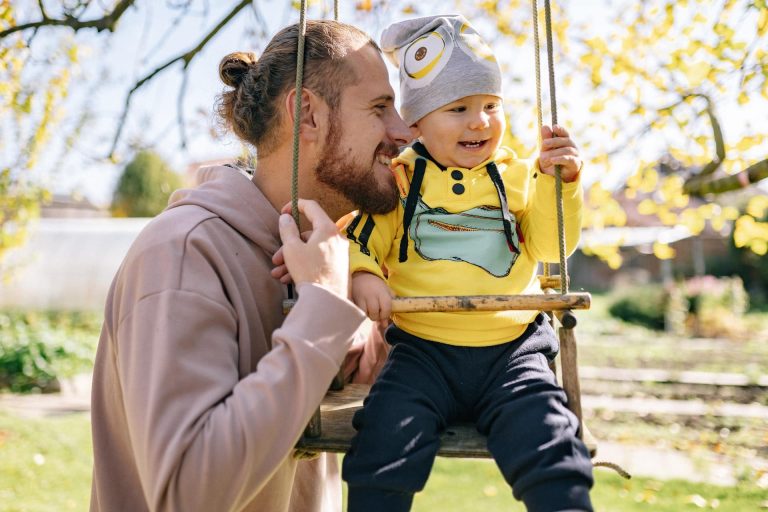