We’ll never forget the anger in his eyes. It was anger mixed with hurt—deep, sad, gut-wrenching hurt. Our son looked at us and said, “I will never trust (brother) ever again. He’s a liar. And he only cares about himself.” And then came the tears. As we watched our son try to “man up” and swallow his sobs, we knew that he needed help thinking through his feelings and his response to his brother’s sins against him. This was a crucial moment, because he was going to have to choose between forgiveness or bitterness, closeness or distance, love or apathetic detachment.

His brother was a mess, at least for a while. He had our family totally disoriented. The brother had been doing things he shouldn’t have done, taking things that didn’t belong to him, and going places he was prohibited from going. Then he was lying about it, and getting his siblings to cover for him. The son with the tears had had enough. He had stuck up for his brother, stuck up for his brother’s reputation, and had nearly come to blows at school when other kids accused his brother of all kinds of sinful behavior. He told his brother’s accusers, “He didn’t do that stuff. He told me he didn’t do it. You don’t know what you are talking about. You better shut your mouth about my brother or I’ll shut it for you.” Only he found out later that his brother had done the stuff. And then he lied to his siblings and let them stick up for him. Eventually the lies were exposed, the brother repented and asked for forgiveness, and the siblings were all willing to forgive and move on. All except this one son. He had put skin in the game for his brother, and he wasn’t having it.

All of us have been there one way or another. We have all been hurt. And it is natural to want to make the ones that hurt us hurt the way that we hurt. That’s why the old preacher cliche “hurt people hurt people” is true. As parents we are going to see our kids get hurt. People will do them wrong. They will be overlooked, made fun of, and put down. These put-downs can be especially harmful if our kids are mocked for physical characteristics that they can’t easily change such as physical deformities or blemishes, disabilities, lack of athletic or academic ability, etc. And when kids feel betrayed by people they believed were trustworthy—watch out! Betrayal breeds bitterness. As they grow up, our children will be tempted to become bitter against their peers, parents, siblings, and others.

Fortunately for us, our son was able to forgive his brother. It took time and lots of conversations. The offending brother eventually went through a period of deep repentance and did the work to rebuild trust with his brothers and sisters. That period of rebellion and bitterness is in the distant past. But restoration was only possible because we reminded all the involved parties about the gospel. As forgiven people, we have to forgive others (Ephesians 4:32). And while forgiveness doesn’t erase our brokenness, it does allow the hurt to heal. Forgiveness allowed us to recover and pursue God’s design for love, unity, and peace in our family.

Parents must be prepared to have conversations with our kids about bitterness. Bitterness has to be addressed and defused. The longer it goes the deeper it gets. Bitterness can ruin a kid’s disposition, their emotional health, and relationships. A child who develops the habit of giving in to bitterness at a young age can create patterns of negativity, discontentment, and ugliness that persist into adulthood. So as parents we have to be prepared to deal with comments like the following:

• “My girlfriend cheated on me. She’s trash.”

• “My teacher treated me unfairly. She’s a racist.”

• “My brother lied to me. I’ll never trust him again.”

Excerpted with permission from Full Circle Parenting: A Guide for Crucial Conversations by Kristin and Jimmy Scoggins. Copyright 2021, B&H Publishing.

Teenagers are church members, too

Teenagers naturally have selective hearing and understanding. They may walk in the obedience their parents call them to, but many haven’t chosen to love that standard, yet.  It’s frustrating, really. They don’t yet know how to anticipate danger, so you do the Deuteronomy 6 thing with them and teach them diligently in the anticipation they...

Evidence that spanking alters the brain

© 2021 Gwen Dewar, Ph.D., all rights reserved As disciplinary tactics go, spanking is ineffective, and it may be harmful, too. A new study suggests that spanking alters the brain, making kids more reactive to potential threats, and more at risk for developing behavior problems. Over the years, I’ve followed the research on spanking, and... 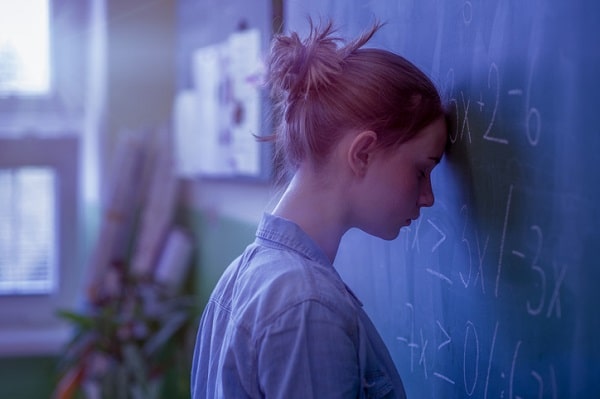