Some teens study lots of math. Others avoid it. Does it make a difference? Yes, and not only to career prospects. New research suggests it might also affect brain chemistry, and the way that students learn.

How many years of math should you take in high school?

But these are institutional norms, and they vary from place to place, from nation to nation. Is there an answer that speaks to the personal needs of students?

We could state the obvious. It depends on your career goals. But of course part of the problem is that high school students don’t often have a career picked out. They don’t even know what all their options are.

So maybe it’s more useful to consider the problem from the standpoint of cognitive development. And here, there is some interesting news.

High school mathematics may have an impact on the developing brain

The evidence comes from a study by George Zacharopolous and his colleagues, researchers working in the United Kingdom, where compulsory education ends at the age of 16.

In the U.K., kids who want to continue their academic training past the age of 16 enroll in a two-year program, one that prepares them for university.

Importantly, students get a choice of advanced subjects (“A levels”) to pursue. Mathematics is offered, but it is not required. So there is an academic fork in the road: Some kids choose to continue learning mathematics. Others stop.

Zacharopolous and his team wondered. Do these decisions lead to any differences in brain chemistry? In particular, the researchers were interested in a neurotransmitter called gamma-Aminobutyric acid, or GABA.

During adolescence, GABA helps inhibit brain activity that interferes with learning and self-control. Thus, higher GABA levels are generally a good thing. When adolescents have lower levels of GABA, they tend to show lower levels of impulse control. On average, they perform more poorly on tests of cognitive function (e.g., Silveri et al 2013).

So Zacharopolous and his colleagues turned their attention to the possible role of mathematics education on GABA levels, especially in parts of the brain that are associated with mathematical thinking — like doing arithmetic, and learning algorithms.

One such brain region is the middle frontal gyrus, which makes up about one-third of the frontal lobe. And you can measure GABA in the brain — painlessly — by scanning it with a technique called H-magnetic resonance spectroscopy.

This, then, was the plan: Recruit a bunch of young volunteers — teenagers who are currently taking their A-levels — and look to see if there are any differences related to mathematics. Do teens who study math have higher GABA levels?

There were 87 students total, and more than half of them were still studying mathematics. But the rest — 38 students — had opted out. And yes, it made a difference.

The students who were taking A-level mathematics had higher levels of GABA in the middle frontal gyrus.

Moreover, there were hints that GABA is beneficial for the development of future mathematical competence.

Approximately 19 months after doing the brain scans, Zacharopolous and colleagues asked the teenagers to take a test of mathematics ability.

But let’s circle back to that basic difference between groups. The kids who continued to take mathematics — were they simply smarter to begin with?

There’s no evidence of this. Along with the initial brain scans, the researchers tested each student’s abstract problem solving ability. Teens in both groups performed equally well.

And when the researchers accounted for other variables, they found that the relationship between GABA levels and mathematics training still held.

For example, the link remained significant even after controlling for the total number of advanced subjects that a student was studying.

In effect, you could be Hermione Granger, and enroll in all sorts of tough classes. But if you didn’t include any mathematics in your curriculum, you were likely to end up with lower levels of GABA in your middle front gyrus.

Of course, we need to be cautious about interpreting these results.

Just because the “A level” math students had more GABA, that doesn’t mean that studying math is what caused GABA levels to rise. Maybe it works the other way around. Maybe some kids have higher GABA levels to begin with, and maybe these same kids tend to like mathematics more. So they choose to extend their mathematics education.

But the researcher ran another series of tests — this time on a group of students who hadn’t yet started their A-levels.

These pre-A level students were approaching that academic fork in the road. They had decided which A-levels to take, but they were still finishing up the prior year’s school work. As a result, they were all concurrently enrolled in (pre-A level) mathematics.

And their GABA levels?  The same. No difference between groups. Not yet.

So based on this research, it appears that kids who choose to study advanced mathematics don’t have higher GABA levels to begin with. That happens later — after the academic fork in the road.

Where does this leave us?

It’s a single study that needs replication, and there are still many questions left unanswered. For instance,  this study doesn’t tell us how mathematics education might impact the brain over the long-term — after high school.

But Zacharopolous and his team think they’ve uncovered important evidence about brain development.  A young person’s decision to stop learning mathematics appears to alter the production of GABA. The researchers suspect it might also affect the formation of certain types of neurons, and, possibly, lead to changes in neural anatomy.

It seems like another good reason to stay the course, and to give kids the support they need to learn.

Image of girl at chalkboard by AndreaObzerova / istock

His wavy, blonde hair was damp and tousled, and his cheeks were flushed. I couldn’t help but smile at both signs of a quality afternoon nap as he reached for me to pick him up.  I pulled him into my lap, then leaned back on the barstool. He snuggled in against me. His fingers twirled...

Growing up, I had a good relationship with my parents. Honoring and obeying them came relatively easy. But when I hit adulthood, things got complicated.  Their divorce during my first year of marriage brought up wounds I didn’t know existed. I felt shame and anger. Honoring them became hard. For the first time, I struggled...

Reading digital books can promote story comprehension more than reading the same books on paper. However, this occurs only when the digital books are equipped with content-related enhancements. This finding comes from our quantitative review of 39 studies involving 1,812 children, most of whom were 4- to 5-year-olds. Only nine... 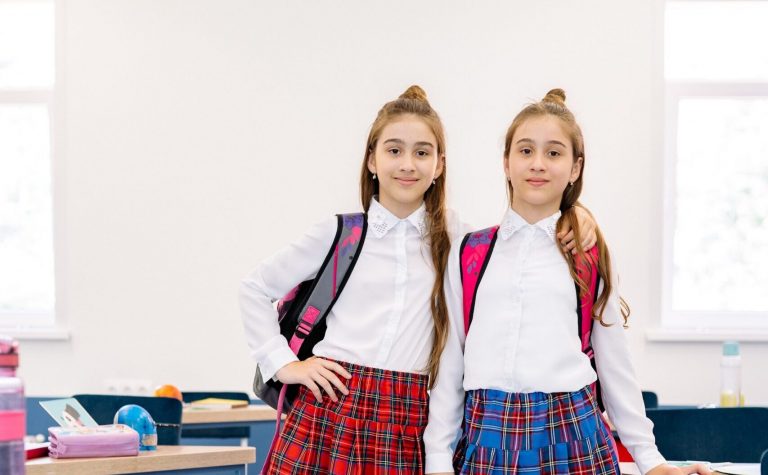