Your kid does not eat vegetables? Try the trick

Parents have developed a whole arsenal of strategies to convince kids to eat their veggies. If your child is a stubborn veggie-phobic, chances are good none of them works too well. But where force and trickery have failed, perhaps psychology can succeed. A new study has uncovered a sneaky trick that might just get your kid to finally eat her greens.

The Less There Is, the Yummier It Looks

The story of the study starts a bit like a bad joke: Two professors and their kids walk into a restaurant … but instead of ending with a tired punchline, this tale ends with co-parents and fellow Kellogg School professors Michal Maimaran and Yuval Salant discovering a psychological hack many parents have been begging for.

The restaurant in question was Japanese, and Maimaran and Salant ordered some avocado rolls for their kids. The children had never been big fans of avocado before, and they were being predictably picky about the rolls. But then the parents noticed something weird: Instead of avoiding the food completely, the kids were extracting the slivers of avocado from the rolls and eating that. The parents ordered a plate of straight avocado. It was instantly devoured.

Why had their kids developed this sudden love of avocado? Maybe it had something to do with the apparent scarcity of avocados in the rolls, the pair hypothesized. Siblings will fight over basically any limited resource. Could that include healthy foods? And could parents use this competitive tendency to their advantage?

To figure this out, they headed off to a local nursery school for a series of experiments in which they gave four- and five-year-olds both fun toys and healthy snacks. Sometimes they let them play or eat as much as they wanted; other times they placed limits on how much was available. Whether they were dealing with LEGOs, carrots, or grapes, the less of something the kids thought there was to go around, the more they wanted it.

“Children who were told carrots are limited ate about 50 percent more carrots than the other children, and more than half ate all the carrots (versus 35 percent in the no-limit group),” reports Kellogg Insight. “Interestingly, the children who thought the carrots were limited also thought they were more delicious. When asked to rate whether the carrots were yummy or yucky, 96 percent of the children in that group rated them as yummy compared to only 67 percent in the no-limit group.”

Put Their FOMO to Use

This is a handy quirk of kid psychology for parents to be aware of, as you can use your child’s fear of missing out to nudge them to eat their greens. By suggesting that all you have available is the relatively small serving of veggies on the plate, or by simply offering veggies less often (still, of course, in healthy amounts), you make it more likely your kids will gobble up the healthy stuff.

“If you want them to eat fruits or vegetables, just offer less of it,” Maimaran advises.

It’s a research-backed trick the pair of professors have adopted at home. “Salant now uses the limited-availability strategy himself to get his children to eat certain foods. (Maimaran reports that Salant has been successful using this strategy with vegetables.),” notes Kellogg Insight.

Could it work in your house too?

Throughout The Mammal Kingdom, Parents Hold Babies On Their Left

When you pick up a child, what side do you hold them on? If you’re like 70 to 85 percent of women, it’s the left side, regardless of which hand is dominant. The same is true of many mammal species. According to authors of a 2017 study, it’s all about a mother’s brain. To The Left,...

If you’ve ever spent time with a toddler, you know that they’re easily distracted, and even when you think they’re oblivious, they seem to hear everything (oops…). Well, two 2017 studies found that even though adults are superior at advanced cognitive tasks, kids have a leg up when it comes to noticing (and remembering) the world around them. And... 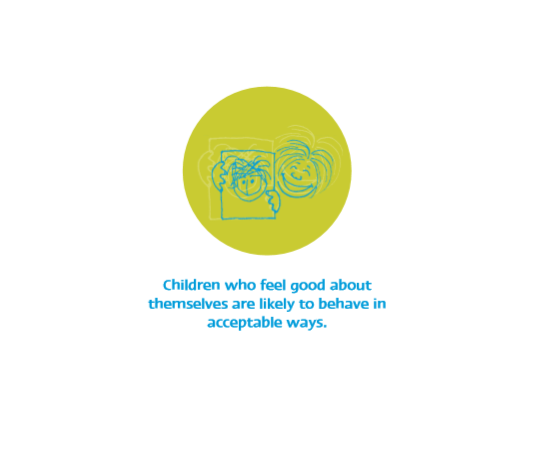 Encouraging the behaviours you want– some suggestions -6

Like everyone else, children sometimes need to save face when they make a mistake or don’t behave well. Be sensitive to children’s needs in these situations.

Encouraging the behaviours you want– some suggestions -5

It is OK to let children know when you disapprove of their behaviour. Approval and disapproval are compelling tools for shaping children’s behaviour.

Encouraging the behaviours you want– some suggestions -4

Make co-operation fun Children are more likely to co-operate and behave well if it is fun to do so. Help children start and finish things Let’s see how much of this you can do before I get back. Use singing, rhymes and rhythm Use tunes you know or make up...